Bombers relinquished the 5th pick this year and paid a heavy price to shore up scoring.  However, coming into the draft the team had 12 picks, so had sufficient inventory of picks to work with. 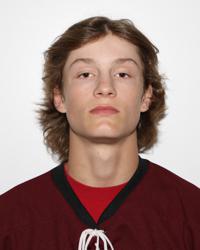 Bombers selected Farabee because of his excellent responses at the draft combine.  When asked about how big an influence video games are in their lives, Farabee delivered the money quote "If you hide in the bushes, then I've lost all respect for you."  This was particularly awkward, as German Rubtsov was tasked with asking that question, and everyone knows Rubtsov is a camper.

Bombers GM did his homework picking Farabee.  He simply divided Farabee's points by games played, saw a higher number, and immediately went down to the podium to draft.  Unfortunately, his scouts told him later that Farabee's one of those guys who was along for the ride on an elite line.  We all know Wahlstrom and Hughes were the reason why Farabee got his points.  Just like JT Compher was along for the ride on the CCM line with Kyle Connor and Tyler Motte.

The team drafted a narcissist.  After extensive research looking for a picture of Smith with bad hair, Bombers scouts came up empty handed.  This is good and bad - from a locker room dynamic, this will be a serious issue.  On the positive side, the team just got a new advertising contract with L'Oreal.  Of course, we all know money in BFHL is as valuable as monopoly money.

Smith is a dominating 2-way offensive defensemen that compliments the team's roster of young and exciting D (Dumba, Chabot, Honka - who got a new lease on life with Jim Montgomery as coach #freehonka, Grzelchyk, Hajek and Liljegren).  Bombers did the unthinkable and actually traded up to get this pick - meaning this guy is definitely going to bust and bust hard.  The only question is, will he bust as hard as former Bombers pick Ryan Pilon, who retired only 3 months after he was drafted.

Bombers GM did not consider any other player at 19 since the team traded up from 24 to make this pick. 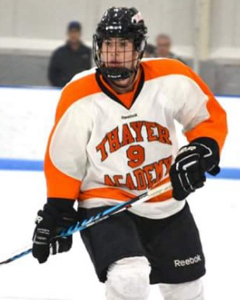 The team loved its German Rubtsov pick so much that they decided to just follow the Flyer's draft plan ticking off Farabee and O'Brien on the draft list.  Bombers GM then realized afterwards that it may not have been the best strategy, as he had to scroll all the way down to the 69th ranked prospect (Scott Wheeler, Athletic).  In justifying his decision, Bombers GM made a very valid point - who wouldn't want 69?

Jay's good at playing hockey against 6 year olds.  We're just not sure whether he can play against people his own age - however, he will be used to mentor any of the team's employees kids.

The team had many other potential selections at this range, but given the team has 3 more picks in the next 8 draft spots, the team will not disclose its potential targets. [Edit post picks:  Bombers considered selecting Jonatan Berggren and Liam Foudy, who both were subsequently selected by Condors.] 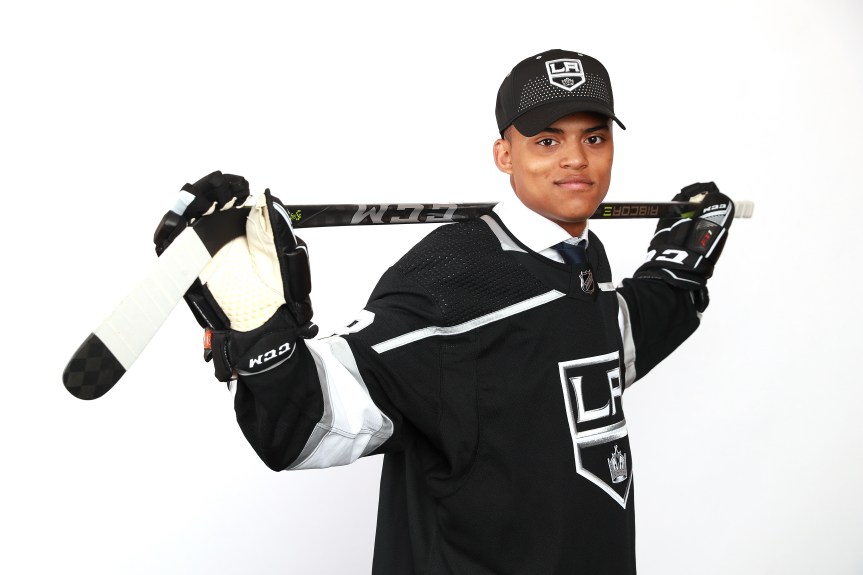 The team loves throwing away picks.  After selecting someone ranked 69th, the team went to pick someone who won't be "more than a 3rd line guy" with severe consistency issues.  What better way to blow your picks by picking someone who likely will get to ride the pine since he plays like he doesn't give a ****?

In following Bergevin's asset management outline, Bombers ensured they were picking a player with high Karakter as it translates into immediate and tangible benefits to a team's ability to win.  “Thomas is a great character kid,” said LA Kings scout Mark Yanetti.  “He deals with adversity very well. He might be one of the few kids whose got character as in the first definition and the second definition."

Bombers would also like to note that the team is a equal opportunity employer, historically drafting massive busts like Emerson Etem, Anthony Duclair and 3rd/4th liner Gemel Smith. 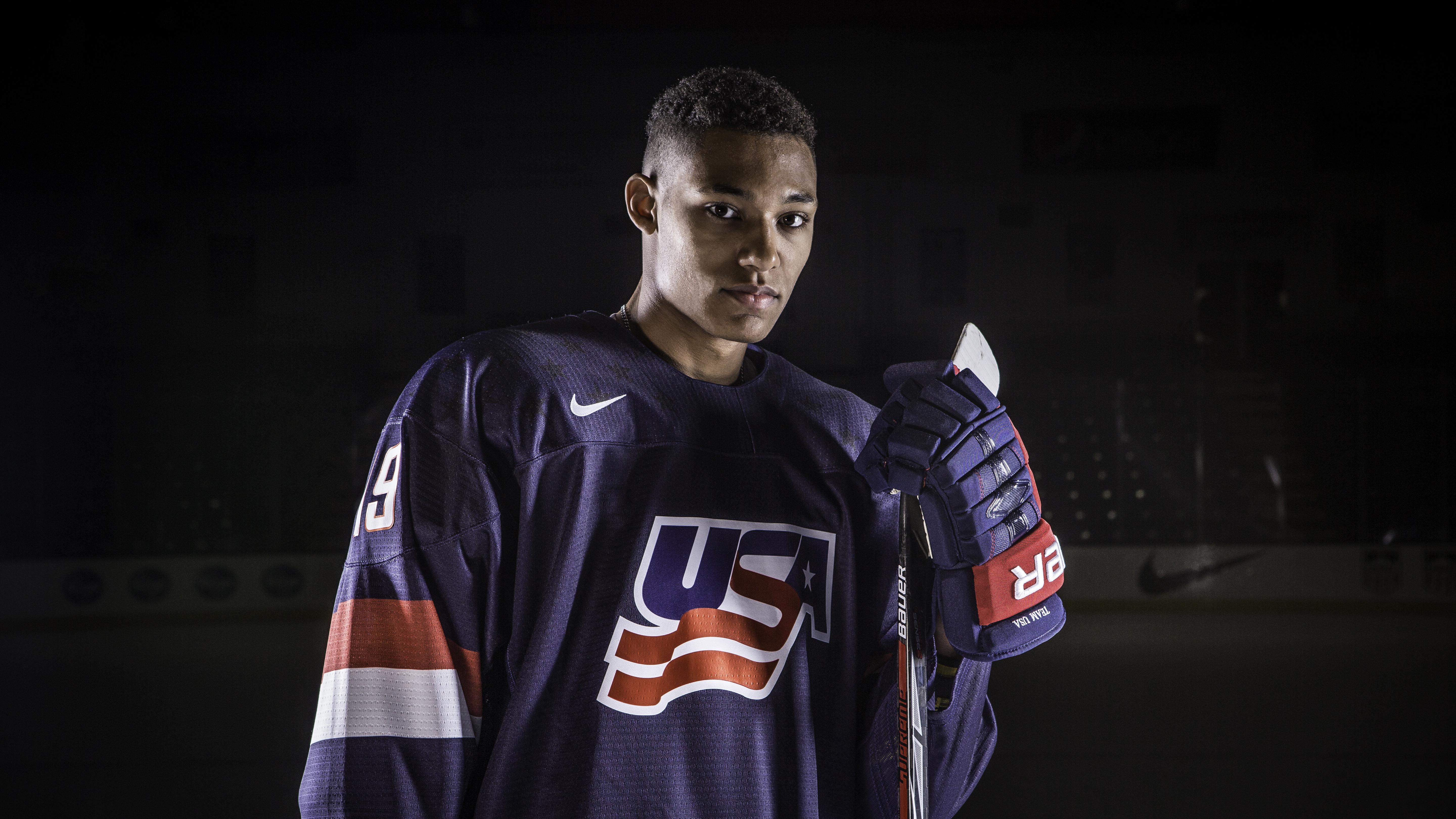 K'Andre Miller (34th Overall, D, Picture Left, Drafting him as a D...hoping he goes back to playing F or at least get dual positional eligibility)

K'Andre's name personifies everything about the snowflake generation that shall remain unnamed - special, unique and delicate.

The team continued to support team diversity as well as pick players who have no idea what they're doing, as Miller only recently started playing defense.  What better way to increase your probability of a bust by drafting someone who is years behind their peers in their positional development?

The team did however bolster its defensive prospects, as historically the past few drafts, Bombers GM was light in picking defensemen (last defencemen drafted by the Bombers were in 2015 of which both drafted are no longer with the organization).  Bombers GM did not have any other player in mind when making this pick.

Miller's saving grace is that he has a great work ethic.  Speaking of work ethic, this is a perfect segue to the next pick... 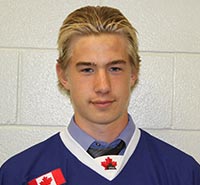 McLeod was so lazy he couldn't even get himself down on the podium to accept his Bombers jersey.  That, combined with the fact he will train under one of the worst prospect development system (aka Oilers) basically ensures McLeod is one-and-done.  His brother works hard and even Mike is getting close to bustalicious status (but that could be explained by the fact Bullies owns Mike McLeod's rights), so he checks both nature and nuture likelihood to fail. 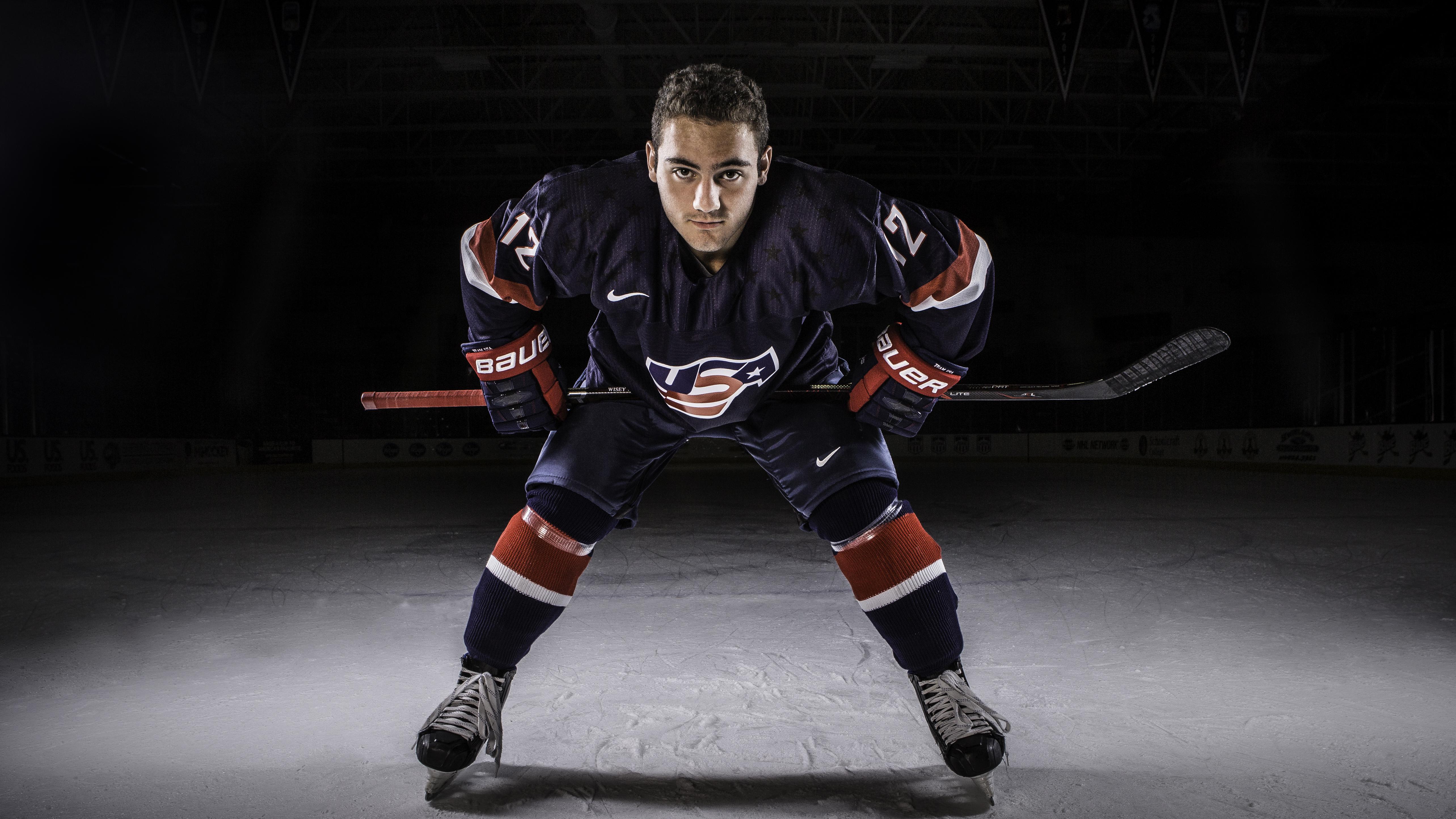 After drafting someone ranked #69, Bombers GM selected the 69th player picked in the NHL draft.  Bombers GM was following Montreal's draft strategy and overall team strategy of picking players well before what they're worth and/or trading away stuff for pennies for the dollar.  The strategy has worked well for Montreal given Bergevin's job security.

Another USNDP player, Bombers is trying to collect them all (K'Andre Miller, Joel Farabee being the other two this year).  Jake had the added benefit of being injury prone, having missed half of the season this year.  Jake will be joining Farabee and Tkachuk (traded away by Bombers with the #5th pick) to Boston University next year in the NCAA.

Niklas Nordgren (48th Overall, RW, He's so short you can't see him in the picture...)  TRADED

Niklas can be described in 5 words - Talented smurf who can't skate.  The likelihood of him making the NHL will be slim to none unless he improves his skating.  This was a controversial pick, as Bombers think Nordgren is a boom or bust prospect and was definitely a reach at this stage of the draft.  He can score, but all smurfs that make the NHL can skate.  The team has registered Nordgren in the CanSkate Learn to Skate Level 1 program and hopes he passes / gets his "Good Job!" helmet stickers by the end of this summer.

Jacob Olofsson (51st Overall, C, No Picture - He's so irrelevant and boring the team didn't bother with a picture...)

Olofsson is the exact opposite to Nordgren; he's not a smurf, he's boring, he's steady, he's ok at everything but doesn't excel at anything.  He'll likely end up being on Bombers bottom 6 for PK duties for cheap.  The fact that his development is being overseen by Bergevin means this kid may actually get top line minutes, since he's not elite at anything.  Elite, skilled players are better suited to the bottom 6 according to the Montreal playbook, while boring karakter players play top 6 and PP.

After drafting KK in the 2014 BFHL draft, Bombers GM was waiting to draft VV in 2015, 2016, and the 2017 draft only to see him opt out of the BFHL draft.  Bombers GM, known for reaching and making bad picks decided to REALLY stretch, taking an unranked goalie at 60 when that same crappy goalie was picked 173rd in the NHL.

Think about it for a second - what person would be so arrogant to think that he has better knowledge of a player, than the other 30 NHL GMs that passed on VV until the 173rd pick?   Bombers GM of course, and naturally he will pay the price when this 60th pick eventually busts.

This pick helps rebuild the goaltending cupboard, given that the team did not select any goalies in 2015, and traded both of the teams 2016 goalie picks (top prospects Woll and Berdin, aka the Berlin Wall).