Bombers went into this draft expecting to pick all players with a Z in their name.  Zegras - check.  Podkolzin - check.  The team was intending on picking Moritz, but Boldy really threw a wrench in the team plan.  Unlike other years where the team usually have a million picks, the team got lazy and consolidated its pick to just 3 picks this year.  Fans resent the fact that the GM was on vacation and shirked his scouting duties directly in advance of the draft.

One NHL scout compared Zegras to Sonny Milano in January 2019.  Bombers love prospects with high skill and questionable hockey sense but to top the icing on the cake, this pick was obtained through trading Sonny Milano and Matt Grzelcyk.  Also of note - Zegras, matched Milano's 87 pts in the USNTDP all time record book (tied at 12).  As far as Bombers is concerned, the team pissed away a very useable top 4 D in Grzelcyk and got a one-for-one Zegras/Milano swap.    Having lost Milano's awesome stick tricks to entertain fans in the minors, the team now has Zegras to entertain fans.  (Refer to Milano's stick tricks here:  https://www.youtube.com/watch?v=ZIOm8porGv4)

Everyone knows Bombers love Russians.  Vasilevskiy was quickly traded.  The team went out of its way to pick Prokhorkin (in who knows when, like 50 years ago), only for Prokhorkin to finally decide he's good enough to try the NHL with LA in '19-'20.  The team definitely has patience for Podz.  Known as a puck hog that doesn't know how to pass, he'll work wonders with Pettersson, who excels at passing.  Two puck possession hogs work great in a line.  The GM is sure nobody will be fighting over the puck.  The team also considered Dylan Cozens for this pick, but decided if the team wants the pick to bust, may as well bust big, and nobody is higher risk/higher reward than Podz.

Bombers was expecting to pick either Boldy, a cripple, or a Germanic man-beast that had a Z in his name.  In the end, frankly, the team rolled the dice and picked Boldy.  Why?  Because it was bold.  While completing the Z trifecta would have actually given the team the 3rd most NHL-ready prospect in this draft, the team also had an abundance of defensemen and frankly this team can't score, so some scoring prowess was needed.  As alluded to above, Bombers also considered Peyton Krebs and Moritz Seider for this pick.

Mikko Kokkonen (82nd Overall, D, picture right.  That's not the look of a happy boy, being called up and drafted by a franchise known to churn and burn prospects and Melnyk1 players annually with no BFHL championship to show for it)

Bombers actually was out of draft picks.  It's rare that the team has under 5 picks in any given draft.  The team traded out a young prospect and a future pick so Bombers GM can get back to the casino and put some chips on the pass line.  With so many D prospects graduating soon to the NHL (Ty Smith, Timothy LIljegren, Libor Hajek), the defense pipeline was a bit thin with only K'Andre Miller, so the team went and acquired Kokkonen.

Kokkonen is not a high end offensive prospects, but should be a steady and hopefully useful/cheap defensive player that the team can use at a low cap once it eventually goes all-in to achieve the Melnyk-ian "5 year run of unparalleled success".  Note the big Kok's already almost 200 lbs.  This big thick Kok has been professionally grinding against Finnish men for over 3 years.

No other prospect was considered for this pick. Bombers GM was excited when he read that Yegor "doesn’t have any elite offensive skills and doesn’t project as top-6 forward at the NHL. The biggest knock on him: his skating abilities" and decided to trade an existing NHL player for this potential grunt.

Bombers likes players who suck at skating.  Case in point Niklas Nordgren was drafted last year.  Yegor truly doesn't know how to skate.  Before picking Yegor, the team had to order a skate trainer/learning aid to ensure he could at least go on the ice.  Bombers also like people with no offensive skills - case in point, picking Freddy "GOAT" Gauthier.  This amazing combination will do wonders, because clearly the league is going slower and cup winners have less skill, winning by not scoring.

Dmitri Voronkov (97th Overall, F.  No picture, since nobody knows who he is, how he plays, or if he even actually truly exists)

Bombers GM thought about picking Mikhail Abramov.  Why wouldn't any sane GM pick a player that's universally higher rated than this Voronkov kid who sucked so bad in 2018, nobody drafted him, and now didn't get drafted until the 4th round in 2019?  Abramov is skilled, fast, create offense, and is already in North America and drafted by a team that loves playing midgets.  Voronkov can't skate, doesn't create offense, and may not even play in North America - sounds like a huge win to me.  Only Corey Pronman had any love for Voronkov, meaning that this guy clearly is going to bust. 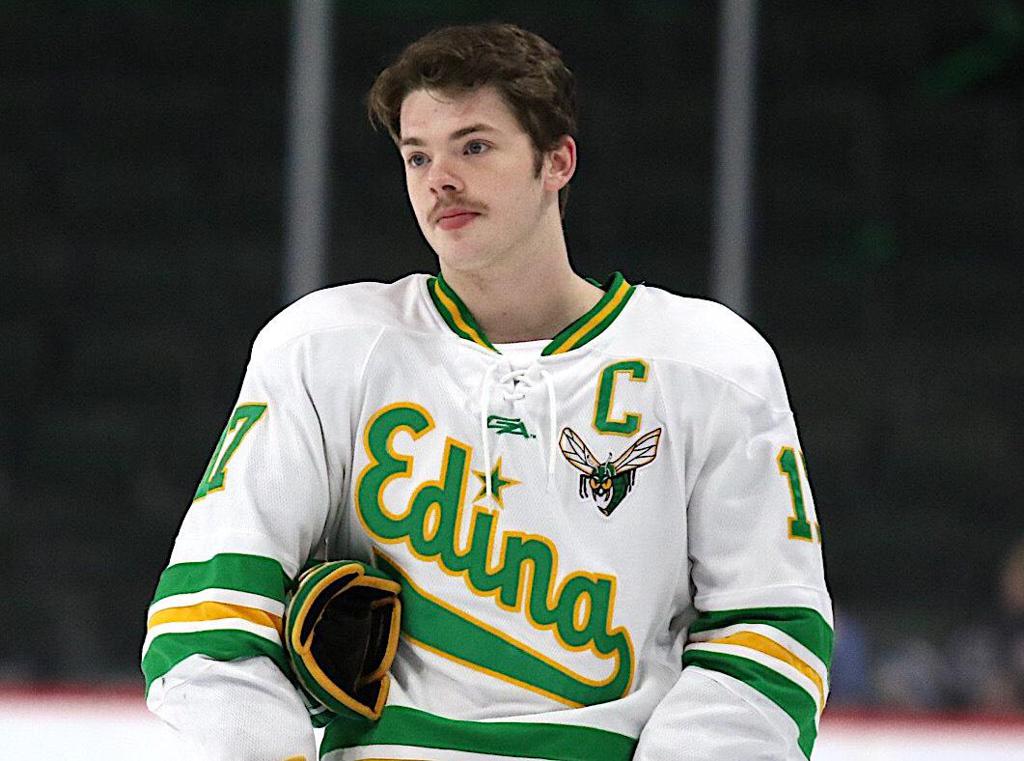 Benny boy is literally a boy playing against men.  17 and the best D on a bad Minnesota NCAA team.  The team was afraid of unleashing the beast and gave him no PP time.  Instead he was already the dominant shut down defenseman on the team with the best +/-.  Every analytics fan follows +/- because it's such an enormously relevant stat, after all.  Also, if Bombers wanted to pick Mikhail Abramov with the 97th pick, why wasn't he picking him at 117?  Who knows.  Bombers GM is dyslexic maybe?  That or he has dementia and forgot about Abramov.

Note 1: Melnyk, used as a verb.  To Melnyk someone is to absolutely lowball, and offer a contract so insulting and degrading, the recipient of that offer would do anything but sign that contract.  Refer to Eugene Melnyk, Erik Karlsson, Mark Stone, Daniel Alfredsson, and any other player that has every played for the Ottawa Senators.

For Reference (so other GMs can insult Bombers when his picks busts in the future):